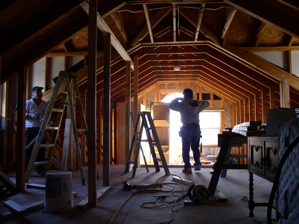 sing “eeeeeeeeeeeeeeeeee” with a little bit of a mary tyler moore trill and a great big smile on your face and you will now exactly how excited i am. we’re finishing the attic space over the garage for my studio. it’s been studded in for years and now the transformation begins!

i’m covered up in magazine pages i’ve pulled out over the years with all the little tweaks and twists i always thought i’d put into a studio. suddenly i’m leaning toward a very white very spare gessoed room with blasts of color. right now i’m leaning toward raspberries and candy pinks because i’ve never used them anywhere before and this is going to be artsy girlie space. might have to throw in a bit of spring’s first greens, too.

this is the view when you come up the stairs and you are looking east!!!! 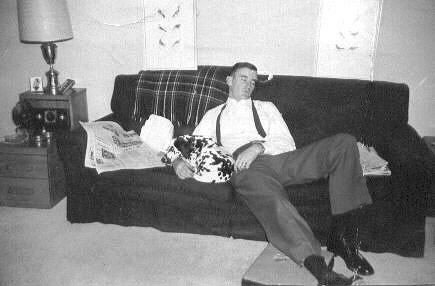 that sweet fellow you see sprawled on the couch with the dalmatian is my dad. over 40 years ago. you can tell a lot about him from this photo. he’s tall as can be. he’s easy going. he’s a reader. he’s mushy about our dogs. he’s a skilled napper. and as my mother would’ve been quick to tell you, he’s just completely adorable.

there are lots of things you can’t tell from this picture though. you can’t really tell how much he loves to sit and visit or that his nickname is Spider (at 180 pounds and 6’6″ tall…he was all arms and legs). or that he’s a loyal friend. a truly honest and trusting person.

he’s all that and more and i bet i could list about a million things we all love about him. so here’s a start…

he has a wonderful laugh and we hear it often.

i’ve never seen him surly or in a rotten mood. (angry, rarely. but never moody.)

when he’s sick, he’s like a dog. if he could fit under the porch, he would. just lying there ’til the malady leaves him.

he loves his country in a thoughtful and realistic way.

when he talks, he builds stories in the air…his hands and long fingers like sturdy planks in the construction of a funny tale or a childhood memory.

this great big man loves teeny little ruby-throated hummingbirds and usually has a feeder for them somewhere by a window.

he burns to a crisp in the sun,but he’s been happily taking our family to the beach for 50 years because my mother loved it so and his children counted on it.

he cries when he feels things deeply.

he plays cribbage and gin rummy with my brothers and in doing so has taught them the fine art of a good and gentle ribbing. it’s an antiphonal joshing sung between my brothers and my dad all week at the beach. if our life together were a movie, it would definitely go on the soundtrack.

he has wonderful childhood memories and family stories he shares with pleasure. 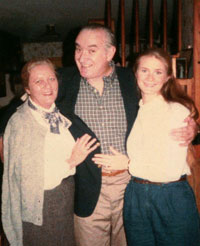 he and my mother said i could do or be anything i put my mind to.

he nurtures his friendships and is really great about calling often for updates.

he’s looks on the bright side.

he believes it’s a privilige to work and is fond of saying “if you love what you do…it never feels like work.”

he loves to enjoy great meals together.

he welcomes people into his home.

he cannot carry a tune and his jokes about it are perfectly pitched.

and he loved my mother unconditionally as she did him. 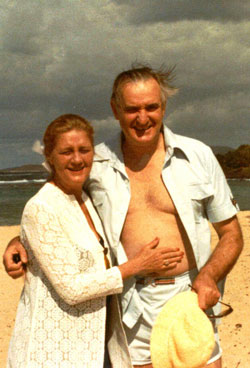 yup…i could go on and on. in fact, i think i’ll add to this list right here from time to time.

i also think i have to get to atlanta as soon as possible to spend time with him and to tell him all these things i love about him.

i am sooooooooo lucky… 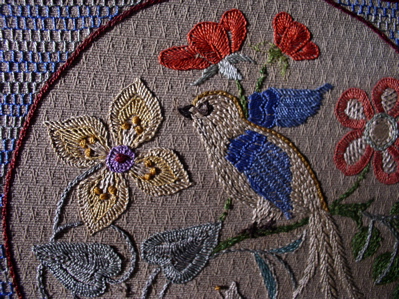 i took this picture in my bedroom one morning. this is a detail from an embroidered 3 panelled screen i found antiquing in atlanta. it was all dusty and forgotten and had some water damage to parts of it….but the embroidery just knocked my socks off. “how much for this old screen?” i mumbled to the dealer as i tried to feign indiferrence. he quickly said he’d have to call the dealer which i took to mean…”i’ll have to let the dealer know we have a live one and the price will now skyrocket.” he returned moments later, to deliver the news. “she says she’ll take…..(i’m squinching my eyes and waiting now)…$125.” you could’ve knocked me over with an screen. i plunked down the sum on the spot. and slunk to my car with my prize….just like a guarded dog with a dusty old embroidered bone.

the screen is now the headboard for our bed. waterspots and all. it makes me happy every time i look at it and i could stare at the embroidery and conjure stories about its previous owners, former garden room splendor and damp attic loneliness all day. i’ve had it about 5 years now. i figure it’s cost me about 7 cents a day and it’s beauty brings me joy with every glance. just look at those intricate little stiches and the gorgeous colors. now that’s a great way to spend 7 cents dontcha think? 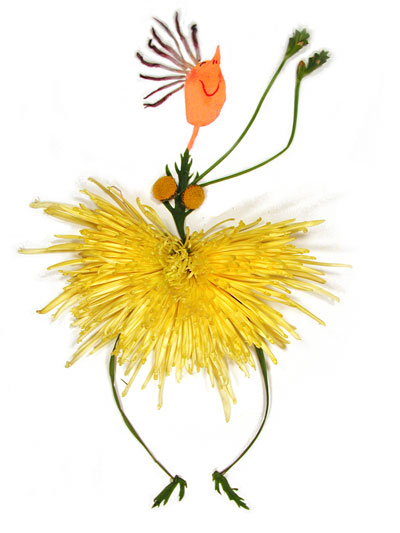 am happy to announce that my new comments system is in place. now it’s easy as pie to post and everyone can follow along! see you in the pippingtooth cybergarden. tell all your friends and let’s have a garden party.

am working on a new idea today. a series of mini prints called flowergal of the month club. they’ll be teeny little framed prints with a flowergal for each month. you can order the whole year and your friend will receive a new little print each month.

would love to hear your feedback! 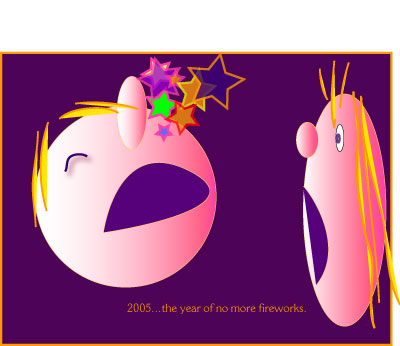 okay…i can write about it now because Reed’s okay. but for a while there on new year’s eve, i thought my sweet boy might be blind for the rest of his life. he is legally blind in his right eye due to a condition he was born with called morning glory syndrome. so that left eye is it for him. with it, he sees. without it, he doesn’t.

in one incandescent moment, a firework grazed his left eye leaving a burned and tattered cornea. one ambulance ride and emergency room later he was sent home with pain meds and anitbiotic eyedrops. it’s amazing, but his pediatric opthamologist confirmed today that there is no lasting damage to his eye and he is fine.

unless of course they are crackling miles away on the horizon 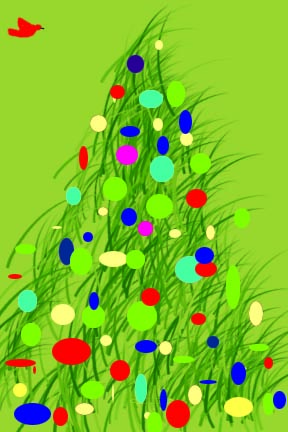 well…….clearly i’ve taken a little christmas vacation from my blog. i’ll be back after the new year. the flowergals, and trees and flowers and birds and leetle creatures and everything stirring here at pippingtooth wish you a merry christmas and a happy new year! 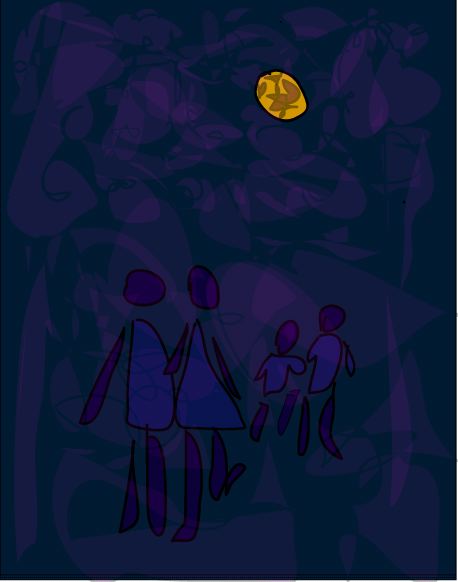 invited my fellas for a walk tonight. such swirly purple fun. 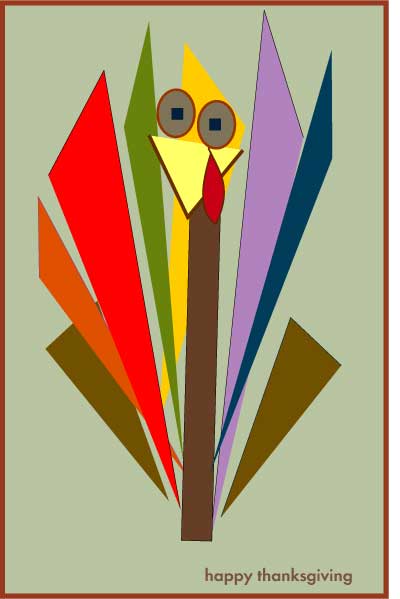 and so the week begins. boys have school for two days. tomorrow i go to see the polar express in 3-count ’em-3Ds. Tuesday my neighbor, Claire, and I shop for feast. Weds. we begin to cook. And thurs up in the am to a fire and the macy’s day parade. Claire and Fam. running the turkey trot race. and din din at 3 if all goes as planned. will miss being with atlanta and mpls. family. 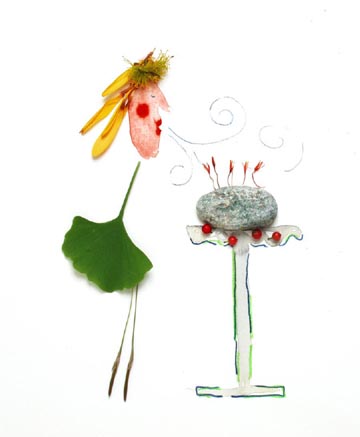 leetle phoebe bird…had a birthday!!! yippeee. in the words of sandra boynton…hippo birdie two ewes! write and tell me how your weekend went. 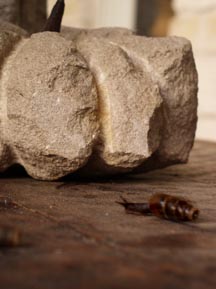 Two days left to sign up for @pipmakeshops next wo

This is Blue Bonnet Sue. A biscuit-lovin’ high-k

Sooooo this is me, twirlin curlin. This is how fiz

Do you think these crazy ants think they made it t


Error: API requests are being delayed for this account. New posts will not be retrieved.